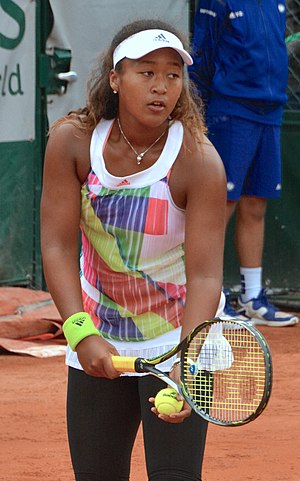 Naomi Osaka (大坂 なおみ) is a Japanese professional tennis player who was born on October 16, 1997. The Women's Tennis Association (WTA) has ranked Osaka No. 1 in singles, making her the first Asian player to do so.

She has won five championships on the WTA Tour as of April 2020, including two at the Grand Slam and Premier Mandatory categories. At the 2018 US Open and the 2019 Australian Open, Osaka won her first two Grand Slam singles titles in back-to-back Grand Slam tournaments.

Osaka, who was born in Japan to a Haitian father and a Japanese mother, has spent her whole life in the United States, living and training there since she was three years old.